The culture that I am heading to is known as Melanesian culture. Melanesia, the home of this culture, is comprised of the Indonesian provinces of West Papua and Papua, as well as the countries Papua New Guinea, Solomon Islands, Fiji, Vanuatu, New Caledonia, and some smaller islands in the South Pacific. 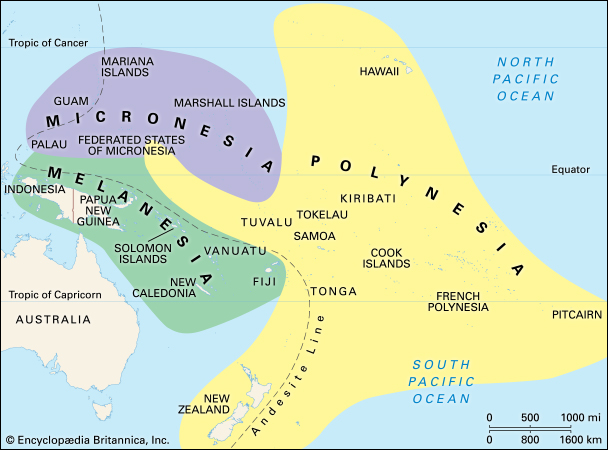 While most of population still lives in rural environments, urbanization means that many are coming to cities for work, and there are large squatter settlements in and around many major cities. While urban population (% of total population living in urban areas) in the world is 52.6%, in Melanesia it is only 19.2%. Yet, the rate of urbanization (urban population growth) is 2.2%, which is basically on par with the rest of the world (2012 stats). Given how difficult it is to keep accurate records of what is happening in the settlements, this rate of urbanisation is quite possibly even higher still.

Religiously, the area is very interesting. Christian mission in the area, which took off in the late 1800s, has been remarkably successful, with about 90% of the population Melanesia claiming adherence to Christianity. Within this 90%, however, there is significant amount of nominalism (Christian “in name only”) and syncretism (mixing) with traditional religion.

Melanesia has an adult literacy rate of 64.7%. Nearby Australia, by comparison, has an adult literacy rate of 96%. No doubt there are many reasons for this. Access to education would be one, since many Melanesians live in remote rural communities. Another reason might be the prevalence of subsistence farming, which requires little education. It has been said that in parts of Melanesia children are over-educated if they remain in school past fourth grade.

Another reason might be that literacy itself is a fairly new phenomenon in Melanesia. Melanesia was and remains an oral culture rather than a written one. While a lot of effort is put into literacy, storytelling, the hallmark of an oral culture, remains an important and much loved activity for Melanesians.

One of the most striking features of Melanesia is its linguistic diversity. As many as 1,300 different languages are spoken there, making it the most linguistically diverse area in the world.

The linguistic diversity points to the importance of clans or family-groups in Melanesian culture. Historically, most of the region has been characterized by inter-tribal feuding and fighting. While trade between groups did happen, they were more often (or simultaneously) at odds with each other. In some places, this conflict was intensely violent, including headhunting and cannibalism, while in others it was a constant, simmering, but not violent animosity. Although less violent today, conflict between tribes and clans is still a part of Melanesian culture.

Death and dying are very much a part of living in Melanesia. The average life expectancy in Melanesia is 63.8 years, compared to 70.7 for the world. Infant mortality is 43.4%, compared to 26.7% for the rest of the world (2012 stats). What is the reason for this? The prevalence of tropical diseases is one, lack of access to safe drinking water another, difficult access health care another, and taboos surrounding sickness and treatment yet another.

As discussed in an earlier post, culture is much more than the facts and figures that I have discussed above. In fact, trying to accurately describe a culture is notoriously difficult. For example, I have chosen to focus on matters like literacy and health. These are Western preoccupations, and probably reveal more about me and my cultural bias than it does about the world of Melanesia.

So far I have been speaking about the outside layer of the culture “onion.” What about the Melanesian worldview? Experts describe the Melanesians as having an integrated worldview. In an integrated worldview, the visible, material, empirical world is understood as being mixed together with the non-empirical world, which includes spirits and other personal forces. A compartmentalized worldview, on the other hand, keeps the visible and empirical separate from the non-empirical, while a secular worldview denies the existence of the latter. This means that a Melanesian understands that the spiritual world is very much involved with what is happening in life in the day-to-day.

In the Melanesian worldview, life more or less revolves around the clan. One’s clan includes not only the living in your family or village, but also the dead— it is generally believed that the spirits of ancestors continue to reside close to the village. Morals are defined by this focus on the clan. “Good” is what is good for the clan, while “bad” is that which would bring harm to the clan. Thus doing harm to someone else is only wrong if that person is a member of your clan. A Melanesian finds their identity within their clan and have a sense of duty not to themselves as individuals but to the clan as a whole. Security is found in belonging to the clan, and ambition is realized by becoming prominent (a “Bigman”) in the clan.

A persistent feature of the Melanesian outlook is the idea of reciprocity, the belief that the basic dynamic of life is a back-and-forth exchange. For example, gift-giving is very important in Melanesia. But this gift-giving is more than simply showing goodwill, it is a way of securing favour and future benefits from others. Justice and health are also comprehended in this scheme of reciprocity. If someone is killed, then vengeance upon the person or clan responsible is expected. If someone falls sick, it is thought to be either an act of vengeance on the part of an enemy, or the result of some moral wrong that the sick person or their family has committed.

There is of course much more to say about Melanesia. Certainly as I go to work there, I hope to be able to gain insights that go beyond the broad brushstrokes painted here. Up to this point, I have only spent one week in the culture itself, but that week has left a lasting impression upon me. Among everything else, I found the culture to be warm, kind, and hospitable. I truly enjoyed interacting with with my Melanesian hosts, and look forward to getting to know them better soon.

One thought on “What is Melanesian Culture?”